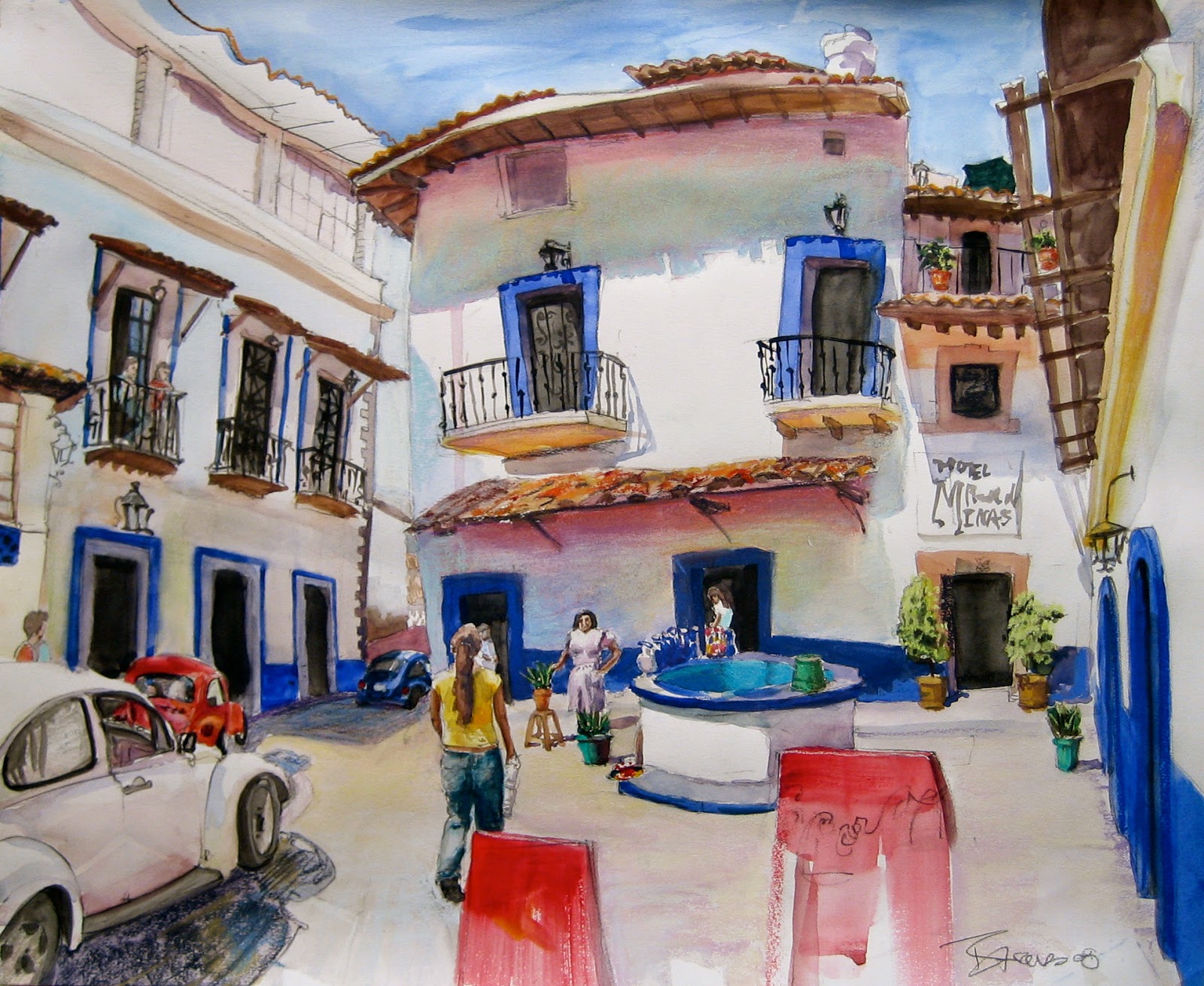 We've gone and moved to Mexico for a year.  Several people have asked us what this is all about, and I've been intending to start this blog for some time, but the last several months have been a complete blur getting everything ready at home:  squirreling nearly everything we own into storage like some extended large-scale game of tetris, moving out of our house and our studio and renting them both out for the year.

Anyway, we've finally made it down here, found a place to stay after a two-week landing in a house that has been terrific, though perhaps a bit small for us.  We've been able to get Sofi enrolled in the great little Waldorf school right outside of town, and figure out how to get her to and from the bus stop, a half hour's brisk walk through about three Mexican barrios.

The place where we've been staying for the last couple of weeks or so has worked out well, and has the added bonus of a studio space to work in.  I'm about 60% through my first painting down here and will post a pic when it's done.  We're going to limit the size of our pieces down here and work on acid-free rag paper that we can mount to supports when we get back home in order to keep things as portable as possible.  We're about to move to our first longer-term place, where we'll be until just after the New Year.  It's owned by an artist as well (seems like everyone in this town is an artist, which makes me want to introduce myself as an Investment Banker), and we'll have space to work there as well.  We've now been in this town longer than we ever have stayed here before, but it feels like we just landed.

Not sure how this blog thing is supposed to work (I confess I rarely read them), but I've always thought Facebook was a poor place for anything other than the short and snarky post.  I'll stick lots of pictures in here because this place is a continuous multiple eyegasm.

More later on the whys and wherefores of our move.  I just thought I'd better get something written down before too much time had passed.  Off to paint now!
Posted by Brad at 9:08 AM 7 comments: